Plant a tree in memory of Jerome
An environmentally-friendly option 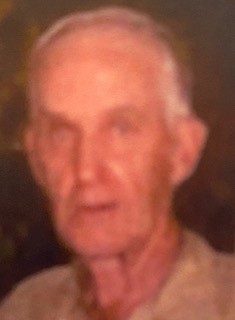 Jerome B. Trisko, age 88 of Sauk Centre, passed away on Thursday, March 25, 2021 at the CentraCare Care Center in Sauk Centre, Minnesota.

Jerome Bernard Trisko was born September 7, 1932 in Greenwald, Minnesota to Carl and Anna (Kemper) Trisko. He was the fifth of seven children. He was raised on the family farm first in Greenwald and then in Sauk Centre where he remained after his parents’ retirement in 1965.

Jerome was drafted into the army in 1956, was stationed in California and served as a supply clerk. He was honorably discharged in 1962 from the Army Reserve of Minnesota. He returned home to help run the family farm.

The family farm started with 240 acres and included dairy. Jerome sold the livestock and grew the farm to 400 acres  acquiring and renting parcels in the area. While Jerome remained a bachelor throughout his life, he was frequently visited by family members. A visit always included games, snacks, refreshments. and lively discussions..

A working farm always requires working hands and Jerome was quick to solicit help from the family. He became a mentor to many of his nieces and nephews and introduced humor and a good work ethic.

Jerome was content to stay home where he busied himself with games of logic, researching history, reading, and collecting farm machinery and appliances. He could give details about any piece of collected equipment to those who toured his sheds. He had a curious mind and a good sense of humor.

Plant a tree in memory of Jerome by clicking here.
To send flowers to Jerome's family, please visit our floral store.

A service summary is not available

Plant a tree in memory of Jerome
An environmentally-friendly option

Plant a tree in memory of Jerome

1 tree planted in memory of Jerome

To the family i am so sorry for your loss my thoughts and prayers are with u and ur family and friends i was the first one to help him as i was on a walk so i am so sorry for ur loss sending my prayers to you all. Becky

A Memorial Tree was planted for Jerome B. Trisko

Plant a tree in memory of Jerome